How do commands prioritise in a Casambi system (Control hierarchy example)? Print

Devices within a Casambi network can have multiple different control commands applied to them simultaneously.

Within the Casambi software a logical set of rules (control hierarchy) has been defined so that devices know which of the multiple commands applied to them they should actually react to. 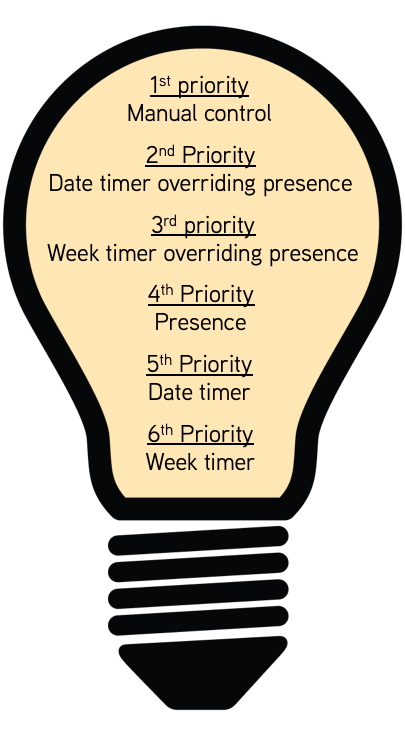 The example in the attachment shows a theoretical sequence of commands being applied to a single luminaire over a 24-hour period. The light level graph indicates how the luminaire reacts to these commands.