How do I create a scene? Print

Go to the ‘Scenes’ tab and tap ‘Add scene’. Give the scene a name, select scene type and the scene will open for modification.

Double-tap on a scene to edit it. When editing, tap the ‘Settings’ tab to change the name of the scene and select colour and picture for the scene icon. Tap on 'Done' to return to ‘Scenes’ tab.

If you want to create multiple scenes tap on ‘Edit’ in ‘Scenes’ tab and the ‘+’ sign will appear. Now you can create a new scene by tapping the ‘+’ sign.

To copy a scene, tap and hold on top of it, and you will enter the copied scene view. Then tap on 'Done', and the copied Scene will be saved with a number "2" in it's name to distinguish it from the original scene.

Update: With the release of the Casambi app version 3.1 (released on 24th of Octorber 2019), there have been slight changes made to where setting up the 'Daylight harvesting' and 'Circadian rhythm' is done.

First when creating a scene you will be taken in to the "Luminaires" view. At the bottom right corner there is a tab called "Settings". Tap on it to be able to change "Circadian rhythm" and "Daylight control" settings for the luminaires included in the scene.

Please see the screenshots below for finding the Circadian and Daylight settings. 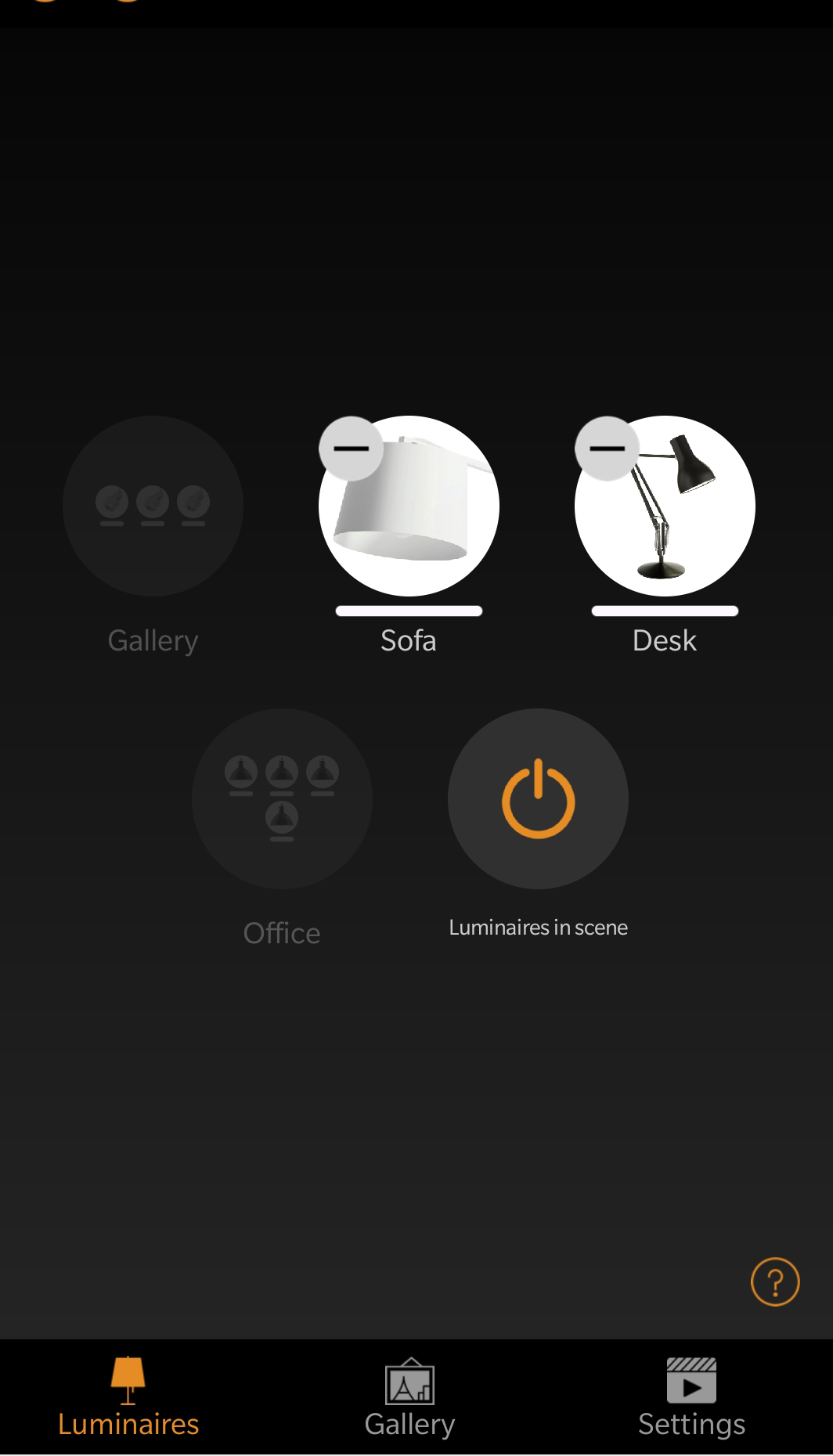 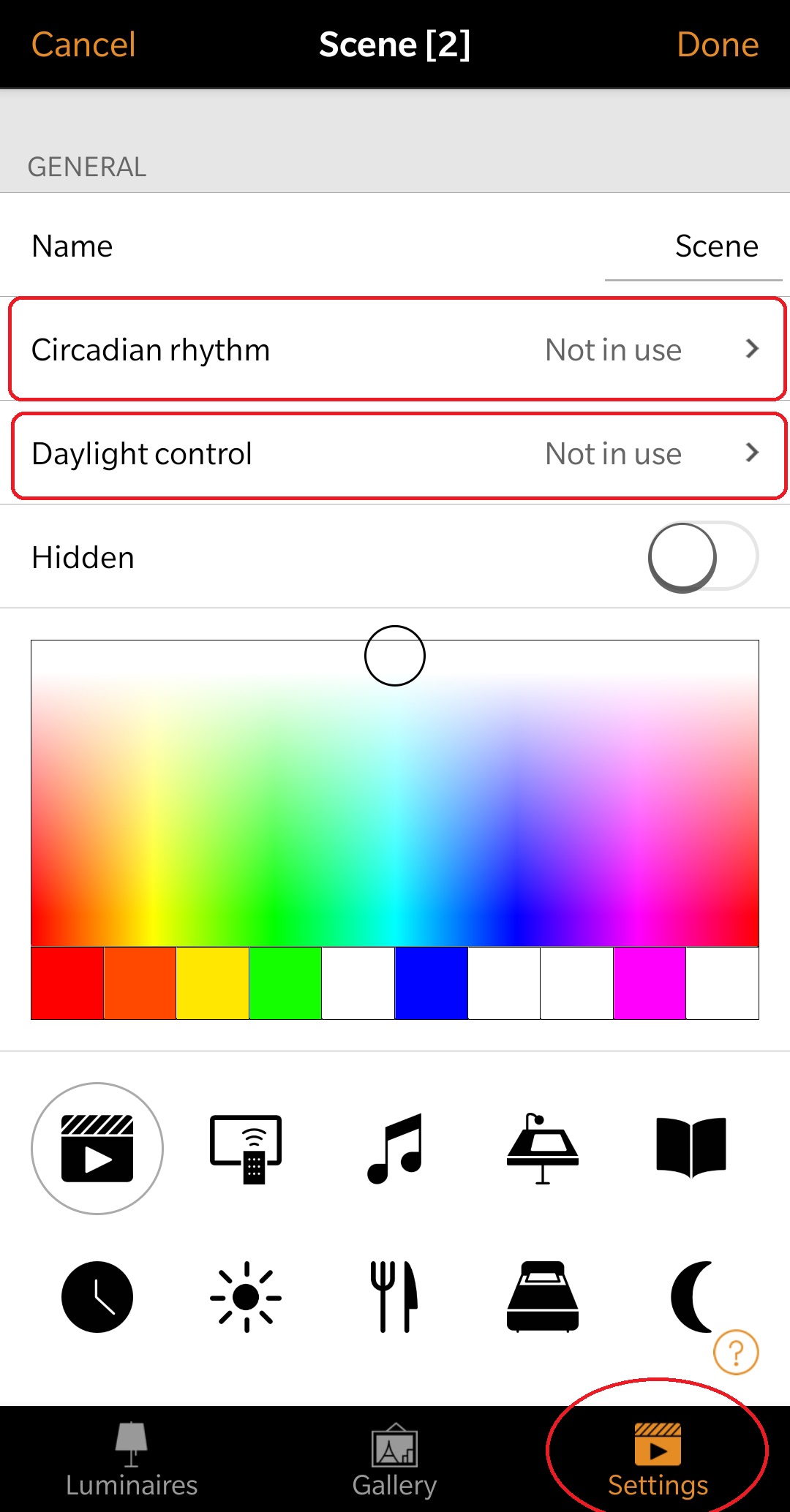