With Active/Standby Smart switch mode you can control two scenes that both have the same luminaires in them.

Note that the luminaires in the two scenes must always be powered i.e. They cannot be connected to the same power switch as is used to activate the device configured with Active/Standby Smart switch mode. 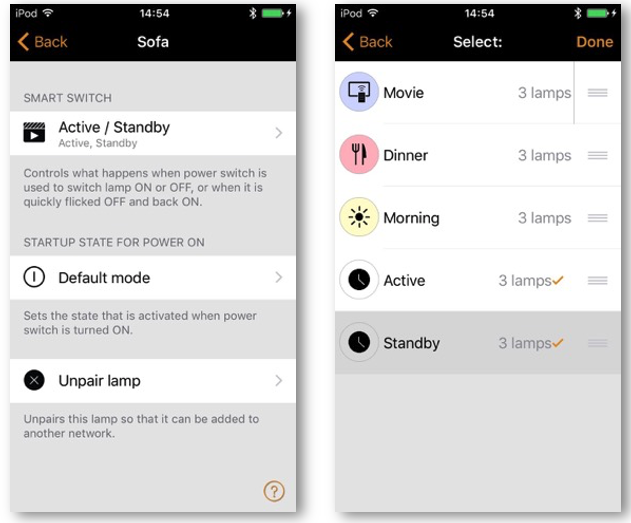