To begin the unpairing process, first press any two pre-set buttons on the switch. There are three ways to unpair a Xpress switch:

Make sure that the Xpress switch has at least one of the amber LEDs on during unpairing. You will also need to perform the unpairing steps quickly before the switch turns itself off (no LEDs on).

If the amber LEDs on an Xpress switch remain on or cycle for longer than 30 seconds when no button is being pushed, then it is advised to remove and reinsert the battery to prevent unnecessary battery drain. 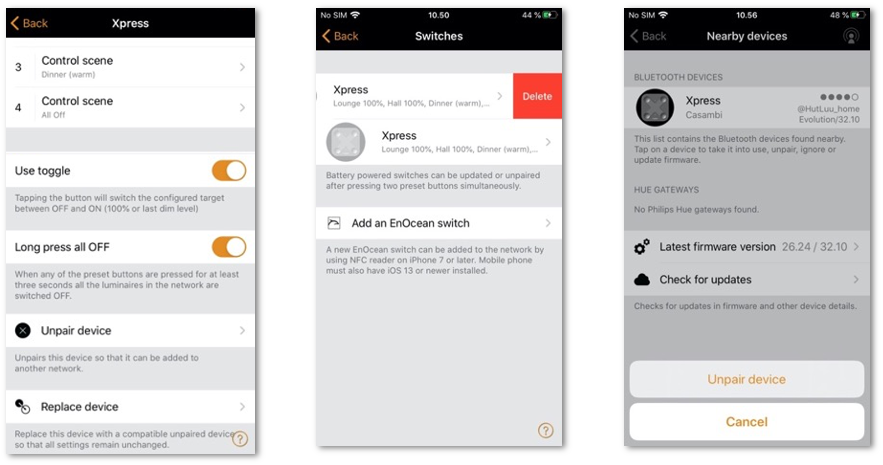