Select On all days and set when the first conditions’ active period should start. You can configure from days of the week, time or select based on sunrise or sunset (if you have enabled location). When set, push Done.

Set the Fade time for the scene you wish to activate. This will determine how long it takes for the scene to fade in whenever the time-based scene is activated at a time suiting that condition.

Select Add a scene to choose the scene to activate. You can also tap on the scene and alter its dimmed level if desired. Remember that the dimming level will be relative to the dimmed level of the original scene.

Carry out the same process for the second condition. If you wish to add more conditions select Add a condition.

The scene name, icon colour and icon can be set, and the time-based scene can also be hidden from the Scenes tab user view if needed. It will reappear if Edit has been selected.

When you have finished editing the Time-based scene, select Done. 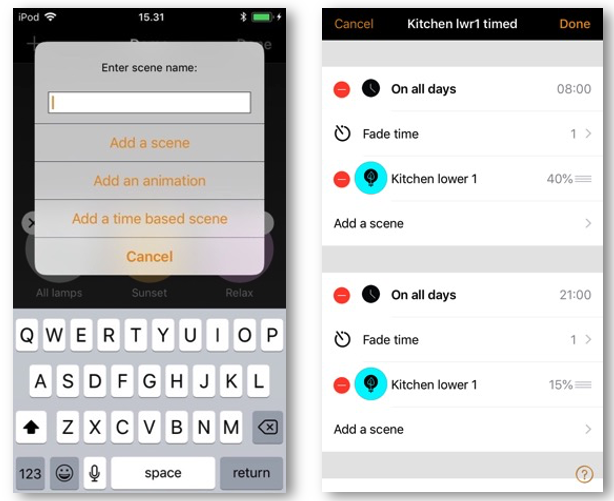 Example of a Time based scene

Between 21.00 and 08.00, the dimming level of the same “Kitchen lower 1” scene will be set to 15% (so as not to be too bright if the scene is activated during the night). This is the second condition of the time based scene. 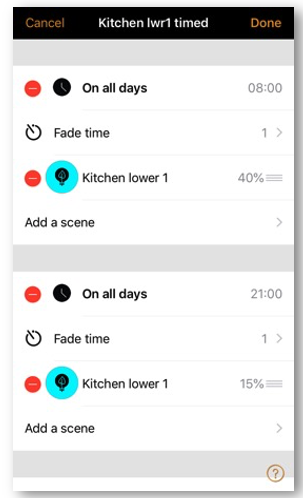 The result may differ from what is “desired” depending on the status of ALL luminaires used in EVERY scene used in the Time based scene.